The 3 Best Jobbers in WWE History

There are some times where I will wax nostalgically on the past. This happens most often when looking at the WWE, or the WWF as it was known in the good old days. Watching the early days of Raw long for the days of jobbers. They are nearly extinct when it comes to WWE television, as the closest thing that they have really had were a variety of skinny guys that Ryback would beat up a couple years ago. Some would argue that Heath Slater is a jobber, but he wins occasionally and has a real gimmick where he speaks. That man is a superstar, and I'm looking for true jobbers.

Because of that, I would like to look at some of the best jobbers during the glory days of wrestling. Now there are people who will look at guys like The Brooklyn Brawler or Barry Horowitz, but those guys are way too mainstream and even had some victories. I want my jobbers to be total losers, and none personified the term better than these jabronis. 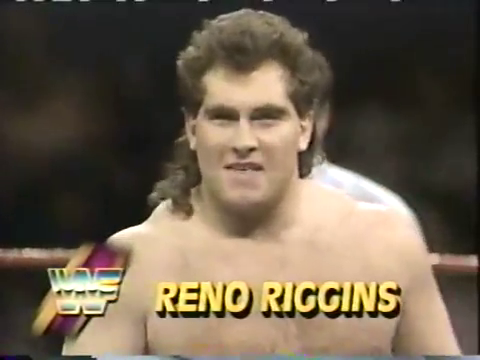 3. Reno Riggins
Riggins probably has the second best jobber name of all time. That's not just for jobbers; that's for wrestlers in general. Reno Riggins is strong. It may have even inspired Lorenzo Lamas's character in Renegade, Reno Reigns. Although he had a fairly good career in smaller organizations, he was strictly brought in to get beaten down when he made it to WCW and the WWE. Here is the definition of a squash match.

Things we learned in this match:

Commentary in the 80s and 90s was truly a wondrous thing. 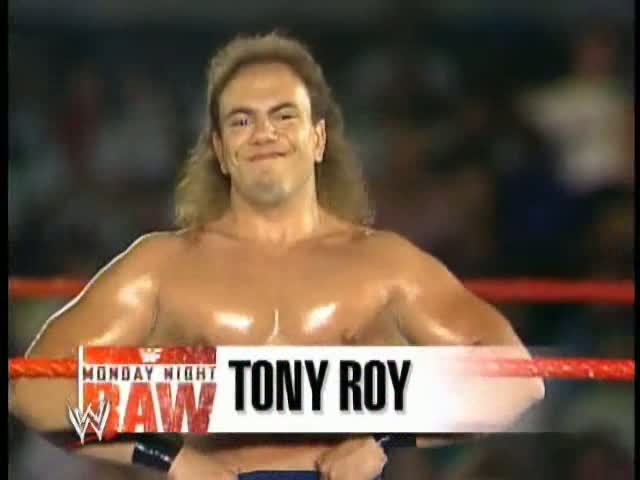 2. Tony Roy
Tony Roy had potential as he was in great shape for a jobber. But that hair? That hair is the hair of a full-blown jobber. The most successful person to have that hair is Spark Plug Bob Holly, who always got beat as Spark Plug, and then shaved his head to finally become somewhat relevant. Tony tried the shaved head thing and became Antoine Roy, but you probably don't remember that gimmick either. For relevant videos, I could have gone with something from his WWE days, but this seems most relevant.

Just firing frisbees up into the crowd to get completely over with the crowd. If you're looking for some WWE material, here is an epic match against IRS. 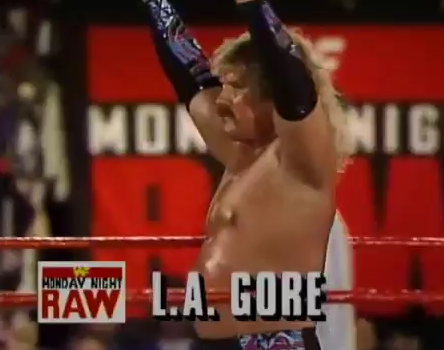 1. L.A. Gore
So this man is the reason that Reno Riggins only has the second best name in jobber history. L.A. Gore is about as perfect as it gets. He is the perfect combination of Hollywood and raw violence. He is all that is man. He managed four matches on Raw in 1993, which may have given him more appearances on WWE's flagship show in that first year than Undertaker and Hulk Hogan combined. Here is his epic match against Mr. Perfect.

L.A. Gore did not do his homework. You simply can't go for a back body drop against Mr. Perfect as it is the easiest setup for the Perfect Plex. Gore took a four year break from WWE before making a one match comeback to lose to Scott Putski.

L.A. Gore, you may have been forgotten by many, but for my money, there's no better jobber than you.
Posted by Joe at 5:39 AM

Feel free to leave comments or questions on posts, or hit me up on Twitter @HottJoe, "Like" Uncensored Writing on Facebook, or e-mail me at UncensoredWriting@gmail.com. I will do my best to respond to everybody.